Spaghetti Pie is the best solution when you end up with leftover spaghetti noodles. The spaghetti becomes a savory pie crust topped with your favorite marinara, Italian sausage, and melty mozzarella cheese.

Baked spaghetti meets deep dish pizza in one of my own childhood favorites.

I always end up with leftover noodles when I make spaghetti for my family. I cook up the 1 lb box because I hate leaving half used boxes in the pantry, but then I end up with extra cooked noodles that have to be eaten. That’s where this recipe is a champ.

Spaghetti pie has a spaghetti noodle crust made with egg and cheese and noodles. Then layered on top is sweet Italian sausage, your favorite marinara sauce and topped with melty mozzarella cheese. It’s spaghetti, it’s pie, it’s pizza, all in one.

How to make spaghetti pie

It’s easy (like all recipes on the internet 😉 ). But really, it is.

It starts with a crust made of eggs, cheese and the leftover noodles. Mix those things together and bake them for 20 minutes to set the crust.

Next it’s on to the toppings including the mandatory marinara, ground Italian pork sausage, and the melty mozzarella cheese.

When it comes to marinara, go with what you like best. I’m a fan of Rao’s, but you might have a homemade marinara that’s to die for. Either option works.

One important note about your noodles. Do not rinse the noodles after you cook and drain them. When you rinse the noodles, it water-logs the pasta preventing it from sticking to itself with the help of the eggs and cheese. If you rinse it, the crust won’t hold its form and you’ll have a mess on your hands!

Also, I know it will be difficult, but you need to wait at least five to ten minutes before slicing into this beauty. Just like lasagna, you have to let the layers settle and set.

Other Recipes with Spaghetti Noodles

Spaghetti with meat sauce topped with melty cheese all in pie form! Pizza meets pasta in one hearty entree meal. 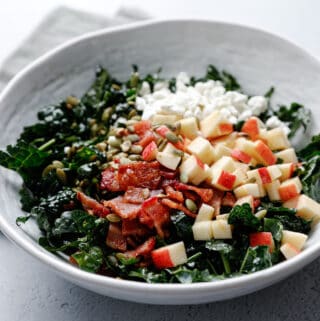 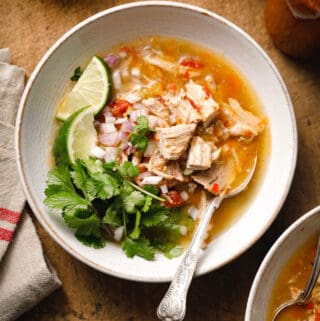 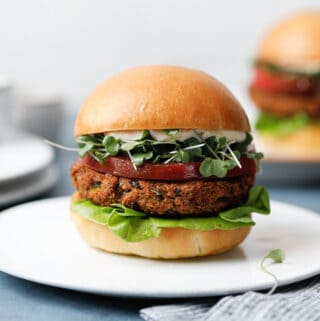 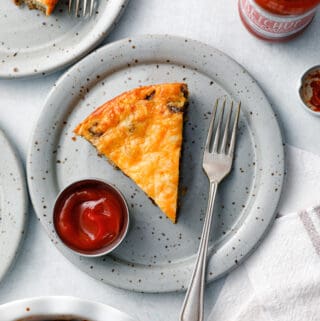 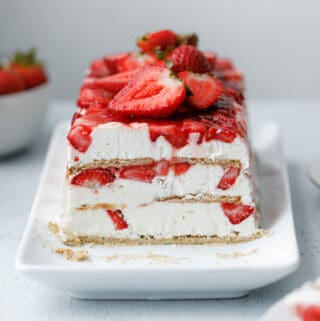