I will be the first to admit that I don’t like all varieties of kale. The traditional Curly Kale that is popular at most supermarkets doesn’t do it for me. Its rough curly edges can sometimes cut up the roof of your mouth, but not in the good Captain-Crunch kind of way. Curly Kale feels like a health food to me, so I say ‘pass’.

Instead, I prefer the Lacinato Kale. It’s softer, a deeper green, and is also referred to as Tuscan Kale. If I’m cooking with kale, good chance it’s Lacinato Kale.

The reason I love this recipe for family functions and potlucks is because it’s a salad that can be made ahead of time and can sit a while without getting wilty. And actually, the longer the kale marinates in the dressing, the better. It helps to further tenderize the kale and allows the flavors to mingle nicely.

This is my basic go-to dressing for a lot of salads because it’s so simple to make and the flavors complement almost everything. A little lemon, avocado oil, honey, garlic and salt and pepper come together for something that’s a little sweet and a little tangy.

You don’t have to use avocado oil. You can go with any mild-flavored oil. Grapeseed, extra virgin olive, vegetable, whatever is your go-to preference.

Want Cheese With That?

I list goat cheese as the cheese to use in this salad. However, I know there are a lot of folks out there (my family included) who don’t love goat cheese. I argue it’s because they’ve never had “good” goat cheese, but regardless, if goat’s not your thing, there are other options. You can substitute feta or a nice gorgonzola blue cheese in this recipe. The primary goal is to get a good crumbly soft cheese that will add a creamy effect to the final dish.

My favorite way to make bacon and bacon bits is in the oven. I heat the oven to 400F and line a baking tray with aluminum foil. I place the strips of bacon on the foil lined tray and then bake them for approximately 12 – 16 minutes, depending on the thickness of the bacon. Then, I flip the bacon over so it evenly cooks on both sides and pop it back into the hot oven for another 5 – 7 minutes until it’s perfectly cooked and crispy.

Everyone has their own opinions about what defines “perfect” bacon, but if you’re going for bacon bits, then tend toward the crispier side of the bacon spectrum. 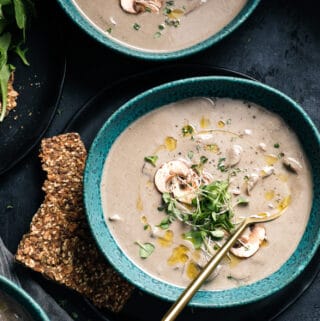 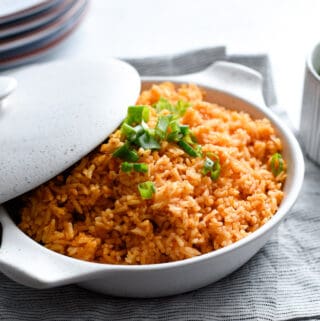 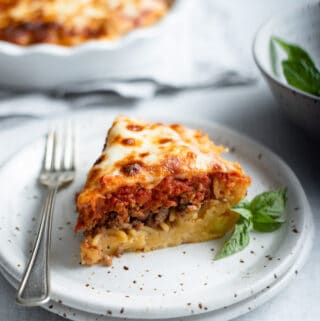 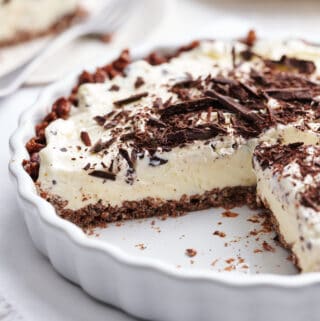 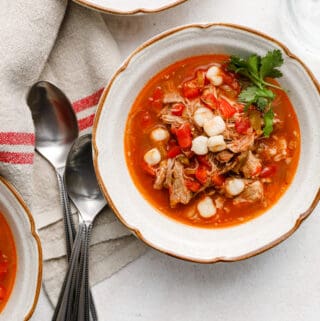